If you were given a second chance at life, how would you chose to live?

... years ago, an event called "TREYSTOCK" was created by mutual friends, and family for Kent Trey Filer... (known just as Trey by many).

Trey found himself lying in a hospital bed.. intubated and sedated. Trey was a local musician... and he was uninsured. His bowel had peforated due to an undiagnosed cancer condition. Money was raised at the first "TREYSTOCK" to help Trey pay his mounting medical bills, so he could focus on his recovery.

Since 2011, Trey continued to fight his personal battle against cancer, yet pursued his idea of "Paying it Forward", as a way of thanking the community that helped him. He decided to grow "TREYSTOCK" into a non-profit organization to give to local charities via the annual music event, that was named after him. Thanks to all of your support over the years we have been able to keep his dream alive, and we thank you.

Despite the chemo, radiation treatment, support, and prayers from so many people that loved him... Trey passed away peacefully on October 31st 2015.  Even in his last days, his vision for charity was clear. Trey's legacy will live on.

Please consider supporting this annual memorial event on behalf of a man whose kind heart, simple life, and immense love of all types of music inspired so many people. Trey's smile and infectious laugh had a way of instantly pulling you in, and showing you that he cared. 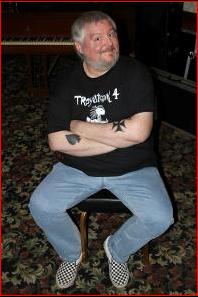 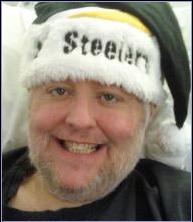